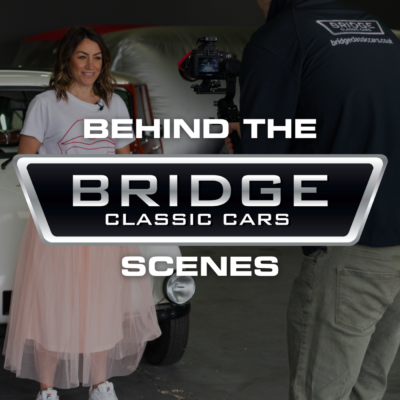 Behind The Scenes: 1962 BMW Isetta

Our charming 1962 BMW Isetta has just launched and we’re already getting a lot of love for the micro sized car. Opening up the small

Behind The Scenes: 1962 BMW Isetta

Our charming 1962 BMW Isetta has just launched and we’re already getting a lot of love for the micro sized car.

Opening up the small front door, it teeters on its hinges in a fridge like fashion, revealing a steering wheel and gears attached to the inside of the door, which present themselves to you as you get in. Sitting on the front seats which are fashioned to look like a comfortable tartan bench, the seating area leaves little room for a passenger. Everything about this car is dainty and charming, and is set to trigger nostalgia in many.

The BMW Isetta offers a great solution to crowded cities and difficult parking but isn’t one you’d be pulling handbrake turns in. Certainly amid a pandemic, a bubble car seems suited to the days of socially distanced car meets.

Rumour has it, just after the war, BMW were struggling. They were making big saloons and high end sports cars in the hopes that they could attract wealthy buyers, but it came at a cost. A cost that almost finished one of the biggest brands in the world today.

They then discovered the Isetta. The Isetta was already in production by another company and BMW worked out that it was far cheaper to buy the rights to building this incredible car rather than try to produce something similar, so that’s exactly what they did.

And here we have it, one of the quirkiest classic cars ever to have graced our roads, our 1962 BMW Isetta ‘Bubble’ Car.

A huge hit in the 50’s with over 160,000 units sold, ours being one of the later models, a 1962, means it has the upgraded high displacement engine, pumping out a massive 298cc, producing a colossal 13bhp. With a recommended top speed of 46mph and achieving an impressive 63 miles per gallon.

The Isetta was not popular in the UK until a three-wheeled version was introduced. Although three-wheeled vehicles are more prone to rolling over, there was a financial advantage: they could evade automobile legislation and taxation by being classed as three-wheeled motorcycles and could be driven with a motorcycle licence.

In 1962, Isetta of Great Britain stopped production of the little cars so ours being from the final year makes this very rare classic even more special. A very collectable classic, this lovely Isetta would be a welcome addition to any garage. Pick up your tickets today for a chance of winning this fun little classic.