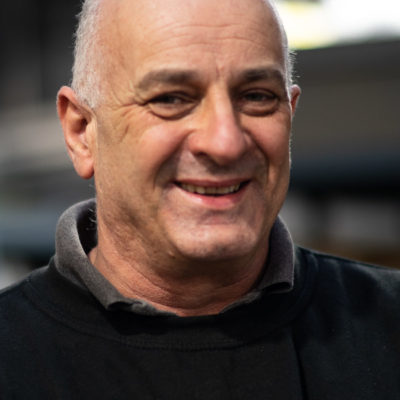 Its that time of the week again! In this instalment of ‘Meet The Team’ we’re chatting to Paul, one of our classic car technicians. After

Its that time of the week again! In this instalment of ‘Meet The Team’ we’re chatting to Paul, one of our classic car technicians. After joining in 2019, Paul is usually found doing what he fondly refers to as ‘spanner work’, “I enjoy the hands-on mechanical work, I’m more of a spanners man”.

His expertise with cars comes from a long history in engineering and the motor trade. After he left school, Paul tells us he did an apprenticeship in Engineering at what was then Garretts and from there, he progressed through various forms of mechanical engineering. With experience in everything from modern MOTs to restoring classic cars, Paul’s real love lays with motorbikes.

His fascination with bikes started as a child. He tells us that he’s worked on hundreds of bikes through his life, “My parents owned a few acres of land and we lived at the bottom of this valley. We made sand tracks for the bikes and created our own tracks!”

Paul tells us his first car was a Riley Elf that he bought shortly after passing his test. Although he’s always loved his bikes, Paul tells us “It had a walnut dash and leather seats! It was a bit like a Mini with a boot!”

Pauls first road bike was Yamaha RD250 but says his dream bike has always been a BSA Rockett or Triumph Hurricane. On the topic of cars, Paul said he’s always loved Triumph TR5’s as he already has a 1979 Triumph Dolomite Sprint.