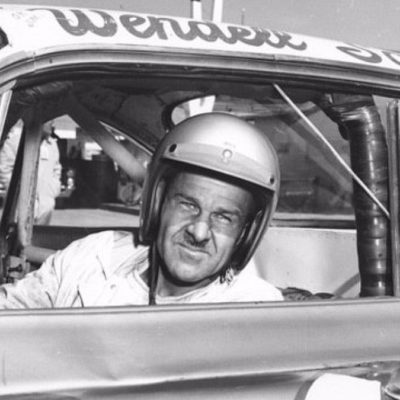 Photo copyright: autoblog.com
Wendell Scott’s story not only tells of a single black American defying the standards of the Jim Crow south, but also of a talented individual who accomplished amazing feats despite of the challenges he faced.

Wendell Scott’s story not only tells of a single black American defying the standards of the Jim Crow south but also of a talented individual who accomplished amazing feats despite the challenges he faced.

Wendell Scott was the first black American full-time competitor in NASCAR history. Wendall was asked to join the team and soon amazed audiences with his brave and audacious driving style. Whilst other drives gained sponsorship, Wendell was left to use the engineering skills he’d gained from his service during the second world war along with the persistence and dedication of his two sons, to help him stay ahead of the game.

In 1963, on the Jacksonville Speedway Park racecourse, Wendell made history as he passed over the finish line in first place in what is now known as the Sprint Cup Series. However, the checkered flag did not drop for him but instead a driver that came in behind him, declaring them the winner. Wendell’s lead was by two laps, a lead hard to ignore. This racially motivated decision was believed to have been made not only due to the segregation and Jim Crow era but also due to not wanting a black man to kiss a white woman, an old tradition where the winner would kiss the local beauty queen. Although Wendell later received his first-place prize money in secret after the event, he was denied the spectacle of winning, podium and trophy.

Wendell Scott passed away in 1990 but his legendary career and achievements are still celebrated to this day. In the ESPN documentary, Wendell Scott: A Race Story, his son Frank Scott says he believes that his father’s mission was to open the doors for others like him to step through.

In 2020, Wendell Scott’s family appealed for the race trophy that he was denied in 1963. In a statement from Wendell’s grandson, Warrick Scott, the family have requested that the trophy be found and sent to the Wendell Scott Foundation and dedicated in memory of Wendell. Warrick told Motor Sport magazine in an interview last year, “The request I’m making is not just about the trophy from ’63, it is about the acknowledgement in the sport in totality, it’s about him receiving the proper recognition within the sport.” NASCAR so far has refused to comment.

Although no other Black American has taken a win in NASCAR’s premier division since Wendell, Bubba Wallace is a race winner in the truck series. Wallace is the only current African American racing in the top series and is at the forefront of those calling to make the sport more inclusive.