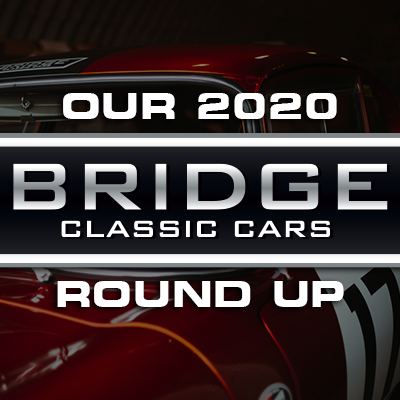 It goes without saying, 2020 has been tough for everyone but there have been some positives! Bridge Classic Cars turned 16, we welcomed in more 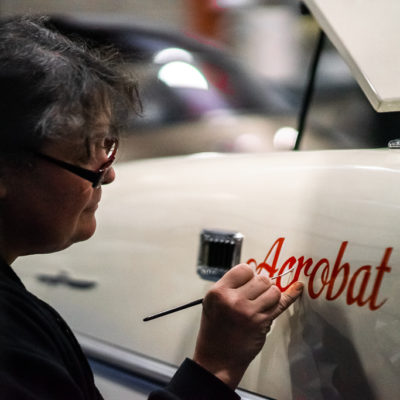 On Friday, we had our friend Sam come in to intricately paint on the word ‘Acrobat’ onto either side. The beautiful wording is done in 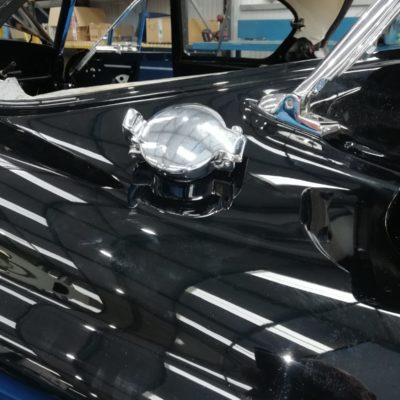 It goes without saying, 2020 has been tough for everyone but there have been some positives! Bridge Classic Cars turned 16, we welcomed in more unique and interesting cars, expanded the team and took new ventures.

This year we introduced our competitions back in May. With an uncertain year ahead of us, we wanted to provide some excitement to our followers, and what better way than to offer the chance of winning a car for less than £20! It wasn’t easy at first, but now with over 21 winners and up to 4 competition cars running at the same time, we’re doing better than ever. So far we’ve given away £561,197.00 worth of classic cars!

This week we’re delivering our latest winning cars, our 1974 VW Beetle that was won by Colin Knight and our 1995 Jaguar XJ6 who was won by Nick Nicola just before Christmas! We’re being careful to make the delivery as safe as possible, complying with tier 4 guidelines but we can’t wait to see Colin and Nick’s reactions!

Its been a long restoration, but we were delighted to announce the completion of our very own project, our 1967 Jaguar E-Type Series 1 Race Car Replica. Its come a long way from the decrepit shell we started with in 2017. Every detail, right down to the colour has been custom made and designed. This truly is a Bridge Classic Car. You can see it’s story here.

The Year Of The Jensen

We love every and any classic car and are in turn, we’re equipped to fix and restore any classic too, but 2020 for us was the year of the Jensen. We’ve had eight 541R/541S’s in this year, some of which are still with us being completed. With only 193 Jensen 541R’s and 127 541S’s ever made worldwide, to have so many in at all really is outstanding, let alone all at the same time.

The 541R models were manufactured between 1957 and 1960 when they were later replaced by the 541S that ran from 1960 to 1962. Whilst each car is incredibly unique with its story and bespoke restoration, they are also very similar, and as you can imagine, with 8 very similar cars in at the same time, it took a while to get our heads around which was which when referring to them.

2020 saw the birth of the Trim Shop. Whilst we’d had individual trim specialists working with us before, we were yet to dedicate a department to it! Last year saw the creation of the Trim Shop, giving the speciality its own workshop and team which continued to grow throughout the year. Originally just Kath and Brian, we have welcomed a new face to the team recently. Lydia has now joined us and is another much-valued member of the trim shop. Having our own trim department allows us to continue keeping all our restorations under one roof, limiting the outsourcing as much as we can.

We’ve also had Ellie join this year, adding to the marketing department. Previously we had just Freddie, and briefly Charlotte doing our marketing, but as the company started to grow, we found the need to take on another set of hands for our marketing and visuals.

We’ve had some very unique cars in this year, including this original 1972 Chevron B20. Its seen top racing drivers, international races and a big crash in its lifetime and nowWe’re selling this on behalf of the owner but in the meantime, we’re enjoying housing this incredible special car. You can find out more about its history on our blogs.

The latter part of this year saw us start shooting some of our cars in a more editorial and creative style. Whilst we’ve always organised high-quality shoots of all our competition and for sale cars, we decided to add models to some of the shoots to make them a bit different.

Now we have both Freddie and Ellie on shoots, it means we can also get behind the scene insights into our shoots.

Another interesting and heartfelt restoration this year was our 1972 Jaguar E-Type Series 3 that we restored. In memory of their late uncle, the owner paid to have a commemorative plaque fitted by the handbrake. We also embedded one of their Uncle’s favourite cufflinks above it as well. As we always say, each restoration is special and every car carries its own stories, but this one was particularly special.

Last January, we had our open morning car show that proved to be incredibly popular. After having to cancel our 2021 January open morning show, we hope to organise one for later this year.

On Friday, we had our friend Sam come in to intricately paint on the word ‘Acrobat’ onto either side. The beautiful wording is done in red with a white shadow that makes the word stand out from the cream bodywork.

This was a surprise for the owner, who had cleverly named the Amphicar ‘Acrobat’, an anagram for ‘Car’ and ‘Boat’. This clever play on words and personalised artwork really does make an already special car stand out even more.

The owner was delighted when he was shown the new addition! We’re looking forward to seeing this acrobatic land to water vehicle take on its next adventure.

The customer wanted the iconic chrome Monza fuel cap. Therefore, we needed to get creative and manufacture a new filler neck to accommodate this modification.

Even though not part of the original Jensen, the Monza cap looks right at home. We love making our customers visions come to life. They do indeed have great taste!