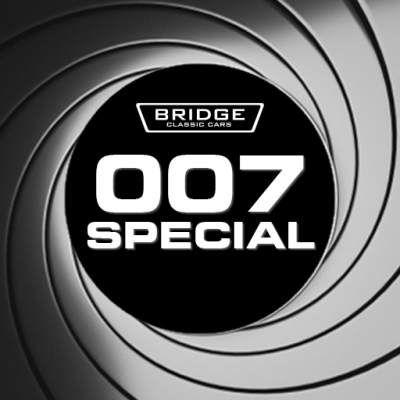 As the 1990s saw Bond change yet again into the modern world, this time it would be portrayed by another iconic actor. Pierce Brosnan would 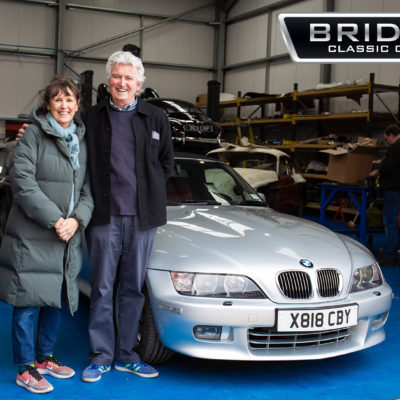 “It’s rather wonderful isn’t it” exclaimed Ian as we revealed his BMW Z3. Ian Logan is the lucky winner of our modern classic BMW Z3 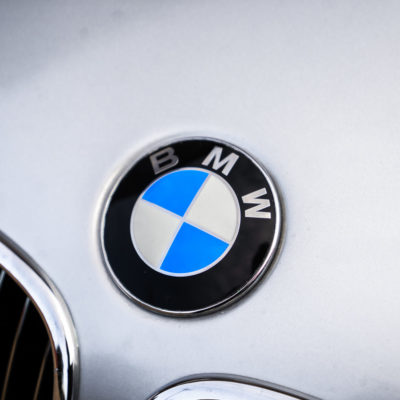 We’ve just welcomed this stunning 2000 BMW Z3 3.0 Widebody into our workshop. It needs very little attention which means we can photograph this very 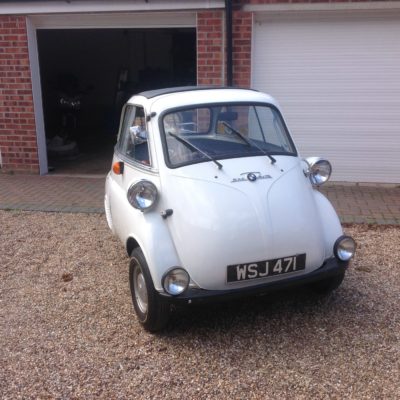 We are very excited to reveal 3 incredible machines arriving in our workshops very soon. First up we have our beautiful 1953 Francis Barnett Rigid

As the 1990s saw Bond change yet again into the modern world, this time it would be portrayed by another iconic actor. Pierce Brosnan would begin his career for MI6 in the 1995 film Goldeneye.

This film’s most famous Bond Car was actually a Russian T37 tank but towards the end of the film, the audience was given a glimpse of a new age of Bond. The BMW era.

Before the production of Goldeneye, EON productions had signed a 3 film deal with the Bavarian manufacturer to supply Bond with his own modes of transport. The first being the brand new Z3.

Bond’s specific Z3 in Goldeneye was a 1.9 litre 1996 model which most famously appears on an airstrip in Cuba. The car in the film has been thoroughly gone through by Q-Branch, offering Bond ”the usual refinements” which can be best demonstrated in the lab during the walk around with Q (played by Desmond Llewelyn. It is apparently equipped with Stinger missiles behind each of the Z3’s headlights, a parachute deployed from the boot and radar displayed on an LCD screen inside the dash. There is a mention of an Ejector seat though… as well as a self-destruct system. References to earlier Bond cars from the franchise.

The Z3 in Goldeneye, which holds the title as the first non-British Bond car to ever be officially issued to him by Q Branch, was only a brief appearance. Because it was traded on the airstrip in Cuba for a plane (where it’s then seen fishtailing off into the trees with its new owner CIA Jack Wade at the helm) it also holds the title as one of only a handful of Bond cars that are not destroyed on screen. Even the DB5 doesn’t hold that accolade.

The Z3 had some serious kudos with potential owners after the launch of the film. The first year of production had sold out before the first cars had even been finished. But, some audiences felt the Z3 should have been given more of a role in the film considering the armaments bestowed on it by Q-Branch. for that they would have to wait until the release of The World is Not Enough a few years later with another BMW as Bond’s car of choice.

So, this concludes the end of our series on notable James Bond 007 Cars that we here at Bridge Classic Cars have had experience dealing with.

But there is still one more… Check in tonight to find out how you could have the chance of owning one!

“It’s rather wonderful isn’t it” exclaimed Ian as we revealed his BMW Z3.
Ian Logan is the lucky winner of our modern classic BMW Z3 and made the trip, with his wife Gail, from central London to collect his new car.

Their excitement was tangible as they walked around the car, inspecting their new drive home.

“I can’t thank you enough, it’s incredible” Ian beamed, sat behind the wheel.

Our favourite part of the competitions is seeing the delight of our winners when they see their new motor. We hope Ian and Gail have many happy miles in the car and we can’t wait to see where they take it!

You can see their full reactions in our video below:

We’ve just welcomed this stunning 2000 BMW Z3 3.0 Widebody into our workshop. It needs very little attention which means we can photograph this very soon, stay tuned to find out more about this BMW’s future…

We are very excited to reveal 3 incredible machines arriving in our workshops very soon.

First up we have our beautiful 1953 Francis Barnett Rigid Trials bike. A perfect addition to the Hangar to sit beside our 1961 Francis Barnett Trials 85. The current owner has kindly taken some photographs of the bike prior to us taking ownership…just to keep us excited!

We are planning to collect later this week so we will have more images to share with you very soon.

A very rare find is our 1962 BMW Isetta ‘Bubble Car’. Purchased some time ago for a family member the car was very rarely used by the current owner and therefore has been offered to Bridge Classic Cars to find a new home.

And our 2000 BMW Z3 3.0 Widebody. A fantastic colour combination of Silver with two-tone red and black leather interior. The car has covered just 27,000 miles from new and it’s one to enjoy now knowing that it will be future collectible. Prices of the Z3 are already starting to rise and the desirable 3.0 litre engine is no doubt one to keep hold of for as long as you can.