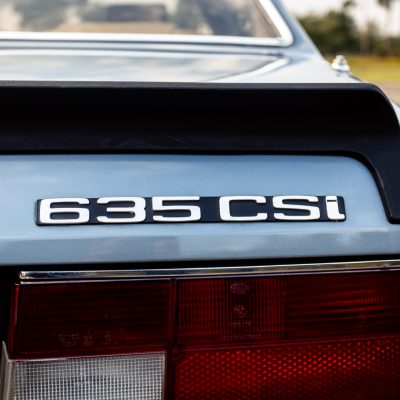 The rain had torn down throughout the night before. By the morning, the autumn air was fresh and moving as we pulled the 1984 BMW

The rain had torn down throughout the night before. By the morning, the autumn air was fresh and moving as we pulled the 1984 BMW 635CSi out of the hanger at RAF Bentwaters.

This iconic 1980s example of a German grand tourer is stunning. It drives like a dream with its automatic gearbox and light handling. Charlotte began the drive around the filming area of the airbase to let the car slowly come up to temperature, once everything was just right. We began to work on the film that you can see right here!

The E24 6 series is a legendary sportscar. It was the pinacle of luxury and performance for the Bavarian brand when first launched and all the way during its decade long production run.

As part of our photoshoots, there are a series of static photos on the base. Even stood still, the car looked like it was doing 100MPH such is the timeless styling of the E24.

You could win this very car though! Bridge Classic Cars Competitions is going to make one lucky winner the new owner of this 1984 BMW E24 635CSi by clicking the link below.